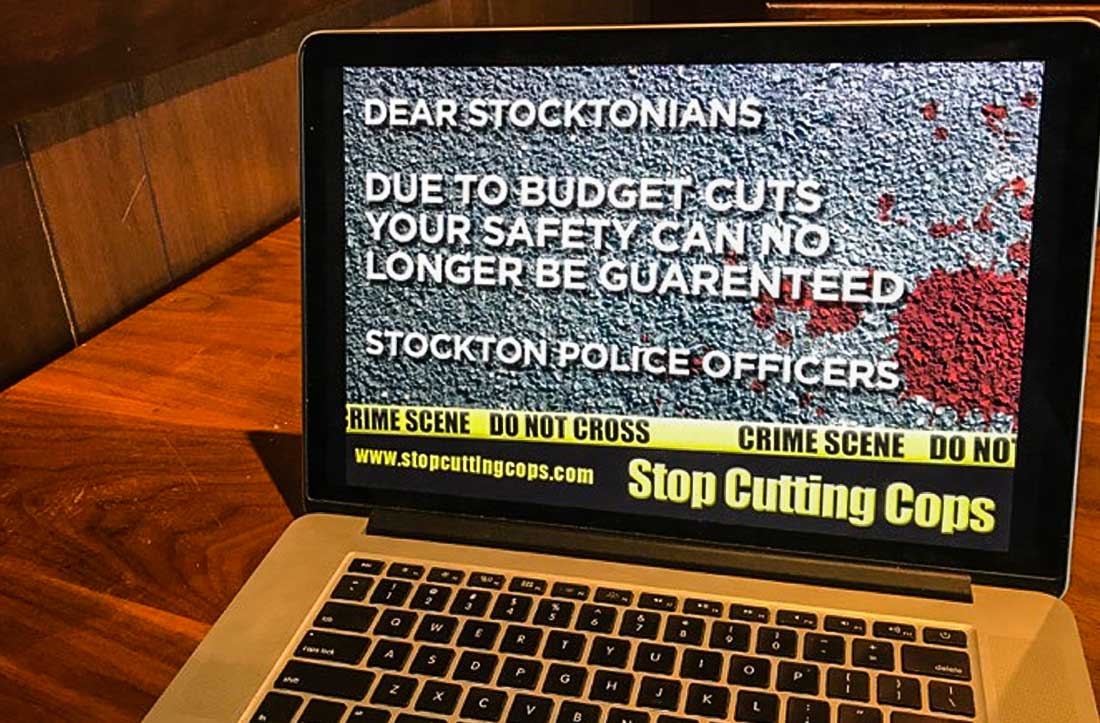 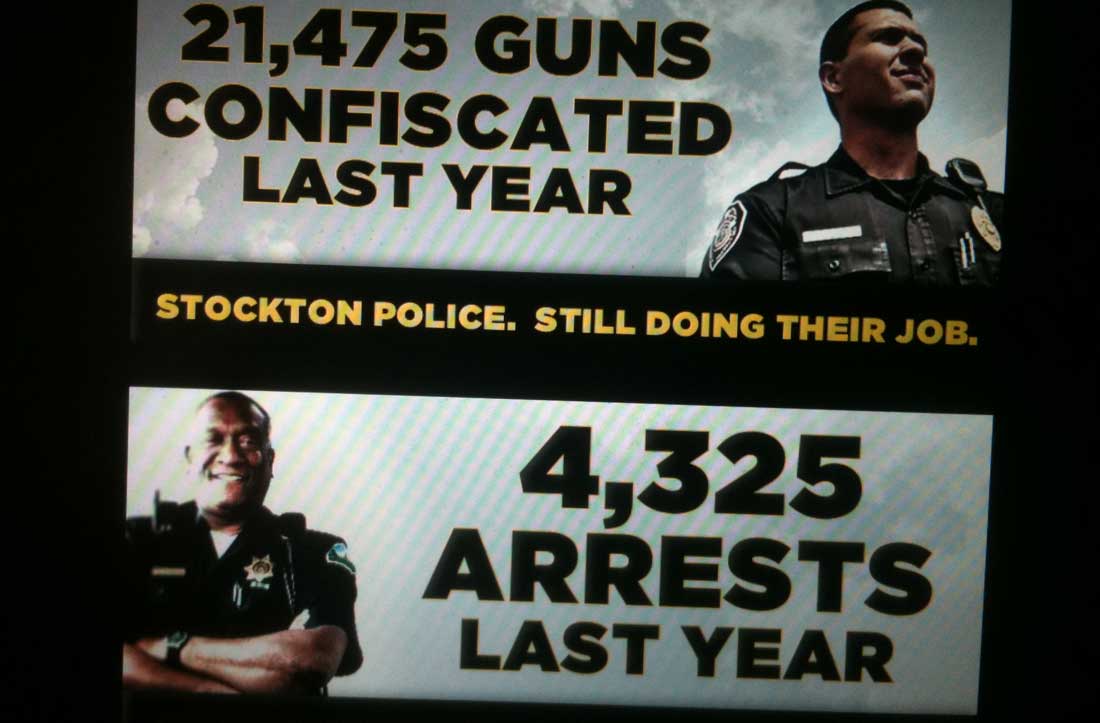 The Stockton POA hired Corvus Communications to create a series of billboards that were visually striking, and at the same time, aggressive enough to shine light on the City of Stockton’s budget cuts for the Police Department.  Well, let’s just say that Corvus took it up to an “11”.  The series of billboards, garnished with bloody asphalt, boasted statements and statistics that were quite frightening.  The boards also asked the public to contact the city manager and complain, which was exactly what happened.  During their run time, the billboards were on local news, as well as nationally on CNN, and lead to negotiations that eventually equaled to more cops back on the streets of Stockton.  In the following years, Corvus assisted in smoothing over the aggressiveness of the past campaign with a series of boards with a more positive message.

If you would like us to do the same for your business, please set up a FREE consultation to discuss that many ways Corvus Communications can help your business.  Let’s Meet!